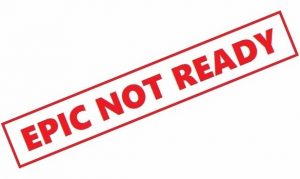 When Single Touch Payroll (STP) was first officially announced, it was said that in the period July 2017 to June 2018 “all businesses will be able to commence STP reporting”, with STP for companies with 20 or more employees compulsory from 1 July 2018.  This optional practice period simply hasn’t happened, except perhaps in a few isolated cases.  The fact is that the ATO themselves were publishing changes to the specification right up until March 2018.  99% of companies use pre-packaged payroll software, and the vendors of these packages simply could not afford to release software in the knowledge that the specification was changing.  And consequently it simply was not achievable for Payroll Software Vendors to allow their clients to use a live ATO connected system until very recently.

You can’t actually use the STP system until you have been given a software service ID (SSID) by your payroll software vendor, which you record in ATO Access Manager along with your software service provider.  The true test of whether a payroll software vendor is actually ready for Single Touch Payroll is whether the vendor is issuing SSIDs and allowing their clients to do live connections to the ATO STP system.  We have good reason to believe that the majority of Payroll Software Vendors have developed fully working STP submission systems, but they are still dragging their feet when it comes to releasing them to their customers.  This could be due to questions of administrative roll-out given that some of the software vendors have thousands of user companies to satisfy.  These vendors cannot afford to issue SSIDs manually – SSIDs have to be correctly issued against ABNs: Sometimes one ABN will have multiple payroll systems, and some clients will have multiple ABNs:   Vendors need both back-office systems and front-office portals in order to manage this.